bringing the community together

In 1985 the fruits of John Howson’s research into the traditional folk music of Mid-Suffolk were published as an A4 book under the title Many a Good Horseman. The book traced, village by village, the old characters who played, sang and danced in pubs in and around Stowmarket, from Walsham-le-Willows to Bildeston and from Thorpe Morieux to Wetheringsett. Alongside the book were a number of cassette tapes which were later put onto double cassette.

The good news it that these archival recordings, some made as early as 1958, are now housed in the National Sound Archive at the British Library in London so that they are archived for the future. They have also been digitally edited and enhanced, using modern technology, and are now available for the first time as a double CD. These recordings offer an intriguing insight into the social history of the area.

Of particular interest to the parishioners of Rattlesden are the archival recordings of Emily Sparkes and Stan Steggles, recorded in 1958 /59 who both had remarkable repertoires of songs that had been handed down through their families, the sort of old folk songs that are rarely heard today. 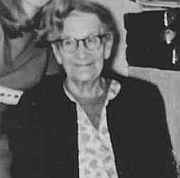 Emily was born in Rattlesden and mostly sang at home. Her father was James Poole and was known as ‘old Sootpole’, and he was a well known pub singer who played concertina and danced on the tables. Her family also remembered that Emily played mouthorgan and sang and told stories to amuse the children. She also sang at the Woman’s Institute when it was formed in the village. There are seven tracks of her singing on the CD which were recorded in her cottage on Top Road. She died in the late 1960s. 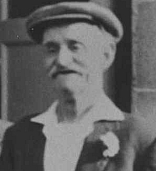 Stan Steggles was born in Woolpit but spent most of his life in Rattlesden. He loved to sing and did so whenever he could, particularly at weddings, and often after tea he would sit by the fire and rattle them off a few songs. He was a bricklayer by trade as was his grandfather, his father and eventually his son Charlie. There are six tracks of Stan, again recorded in his home. 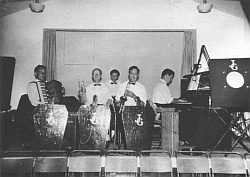 Finally, everyone’s favourite in the 1950s /60s, Jimmy Gladwell’s Dance Band who played in just about every village hall in Mid Suffolk, and were recorded playing live to an appreciative audience. You might have already heard that track on Radio Suffolk recently, in an attempt to identify a tune played by the band.

VTD8CD Many a Good Horseman consists of two 39 track CDs each lasting 75 minutes, giving a total running time of two-and-a-half hours. It also comes with a new 32-page booklet, which includes biographies and photographs of each of the performers, as well as extensive notes about the songs and tunes. It is available from local shops and pubs or by mail order from Veteran Mail Order, PO Box 193, Stowmarket, Suffolk IP14 3WZ or www.veteran.co.uk at £16.99 including postage and packing. 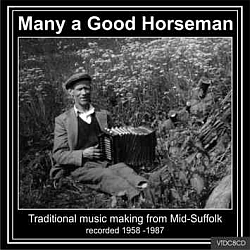 And the titleâ€¦. In the days of horse ploughing there was always great pride taken in producing a straight furrow, however a good horseman could always hit a stone and have to turn around and recut the furrow to keep up his reputation. In Felsham Six Bells, one local said that during the annual ‘Jolly Boys Club’ pay-out, there would always be music, stepdancing and singing while the old men would sit around the edge of the room leaning on their sticks. If a singer forgot his words one old boy would always say, “Never mind boy! Many a good horseman has turned round in a field”.